Make the game playable- get rid of the lag and constant game crashes.
ラグやクラッシュ無くせ、ゲームをしやすくしろ。

Merge the kingdoms, dead kingdoms are becoming more and more of an issue.
王国の統合や死んでる王国はますます問題になってきている。

Better drop rates, there shouldn't be "rare items" which are impossible for a regular player to acquire.
ドロップレートを良くしろ。ごく普通のプレイヤーが「レアアイテム」を獲得できないのはおかしい。

Make infernos possible- split researching and training, and make it possible for regular players to complete infernos, even if they only want to train troops.
灼熱イベントでは研究と訓練を分けて、普通のプレイヤーがイベント達成いやすいようにしろ。

Tow new "best cores sets" were released last month. Slow it down, and make it possible for everyone to get without spending tons of money.
先月、新しい「ベストコアセット」がリリースされたが、ペースを落とせ。そして誰もが大金をつぎ込まなくても作成できるようにしろ。

Monsters have become irrelevant, drops are terrible, and most items are irrelevant to sets.
モンスターがドロップするアイテムはセットアイテムとはほとんど無関係になっていてひどい。

Treasure maps have become irrelevant, awhile ago, drops were doubled, but followed by time takes to finish was over doubled.

Troops are too expensive, people lose more troops at a faster rate than ever. Inferno and kingdom events do not reward people for completing them, and it's becoming impossible for regular players to be able to maintain without spending constantly.

More detailed results screen, list how many all the top 10 players get during each event.

New kvk score system, don't base off total points, base it off net positive points, tha best competitor is rarely rewarded for their hard work.

Allow Kingdoms to face who they play in 4 way kill events, similarly how they can choose who to face in regular kill events.

Keeping pushing medium size players growth, put more res and speeds in packages so they can afford to keep training T4, so they can continue to fight and have fun.

Fix the set bonus, it's just a huge gamble right now, for who can get the luckiest. Make set bonuses vary based on the quality of pieces used to created the sets, if someone uses all purple pieces, give them a lower set bonus than someone who used all gold pieces.

Battle simulator- the game is becoming too unpredictable, results happen for no specific reason and rarely an explanation, allow us to have a simulator so we can understand the game better in a more predictable setting.

Allow everyone to have access to great cheap packs, that have good items and have chests with good drop rates.

Add player forums, allow people to post about strategy or miscellaneous topics. Let players ask questions and others help, in game chat rooms are not sufficient.

Give us a calendar. Let us know when a kill event is going to be which day, when a toumament will begin or which days the super wonder will be so we can sufficiently plan while still having time for everything else we like doing outside the game.

Make the alliance city do something? Where is tha alliance city trading pieces, cores, materials and gems that has been in designing for so many months?

moderators for kill event tournaments, there has been a ton of cheating in the past, currently nothing happens if you cheat, have moderators in place to stop the cheating and keep it fair and fun for everyone.

Let kings email their kingdom, let the emperor mail all the kingdoms (limit the frequency they can do it to avoid spam).

Keep the game fair for everyone.

↓以下LINEの内容↓
It's with sadness and especially frustration that the D:V family, across multiple kingdoms, have decided to not participate in any KvK, kill event or train/build, until MZ decides to put an end to the boost madness that has been occurring since the first KE of this tournament.
First of all, it's not fair to apply boost in the "middle" of a tournament because every kingdom has the right to decide how to play the non-KE events.
Kingdoms should be able to decide to push and win the first ones and not the next iteration of them.
Secondoly, it's impossible for old kingdoms to keep doing these absurd KvK's based only on training/research since most of the players have their research maxed while they're paired up with new kingdoms that still have reserch to do and don't have to spend thousands of dollars just to get resources to finish the KvK's through training only.
We agree that giving rewards to kingdoms that fight hard to win Kill Events is a great thing to do, but don't reward non kill events, that's not fair to low population kingdoms, older kingdoms, nor big spending kingdoms.
We will consider taking even further serious actions if there are no corrective actions taken by MZ.
As Stayalive, I have accounts in kingdoms with the highest boosts, but this is not how the game is supposed to be played.
Therefore the D:V family has made the difficult decision to sit out every KvK until this is over.
I hope they eventually listen and marge kingdoms becouse they would make more money than ever if high power kingdoms were put together to fight at the sw. 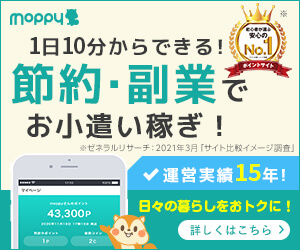